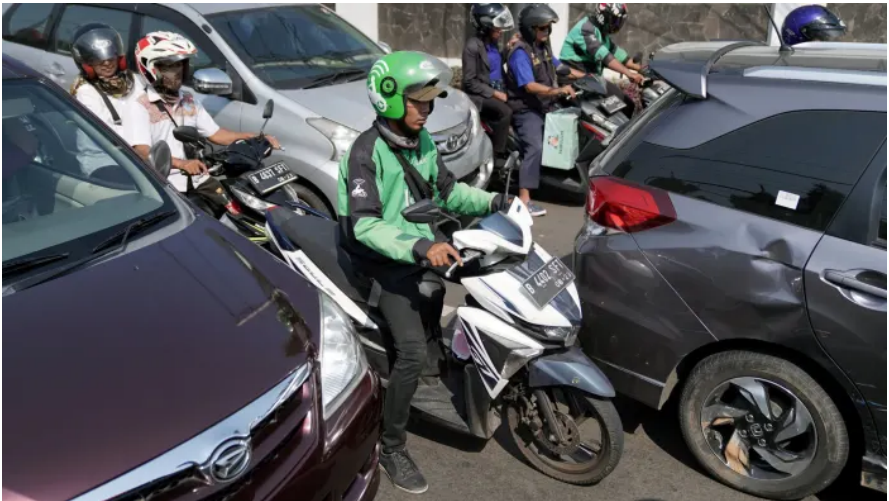 South-east Asian deals have been led by the region’s tech unicorns, such as Indonesian ride-hailer Go-Jek, which acquired seven companies between 2017 and 2019 © Bloomberg

Acquisitions of south-east Asian technology start-ups more than doubled in the first half of the year, as local companies look to expand their market share amid a surge in foreign investment in the region’s up-and-coming companies.

Takeovers of tech companies in south-east Asia hit $4.9bn in the first half of 2019, compared with $2.2bn over the same period last year and $1.7bn in 2017, according to Refinitiv data. The deals were led by so-called unicorns, companies privately valued at more than $1bn. These include Indonesian ride-hailer Go-Jek, which acquired seven companies between 2017 and 2019.

The rise in interest in the region is set to accelerate over the next five years as more private equity players and non-tech companies invest in start-ups, say experts.

That trend should increase exponentially, according to a report from Singapore-based Golden Gate Ventures and the Insead business school, which estimates at least 700 start-up exits between 2023 and 2025.

The region, with its fast-growing middle class, shows no sign of the fundraising slowdown being experienced in China, said Claudia Zeisberger, professor of entrepreneurship and family enterprise at Insead Asia in Singapore.

“The region has soldiered on longer than the rest of the world in terms of ambitious valuations,” she said. “I haven’t seen a tapering off or heard of any slowdown in fundraising here.” 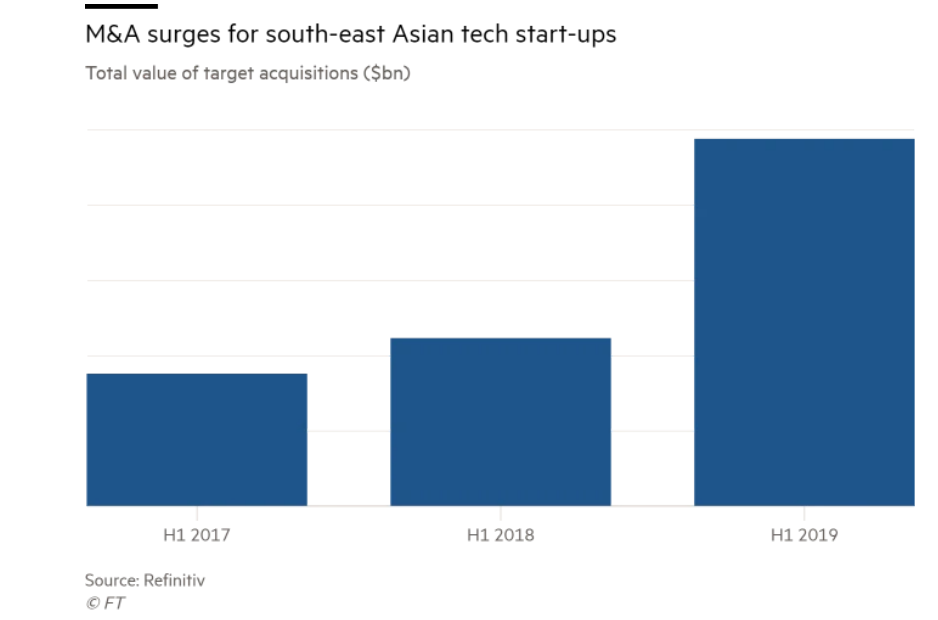 Michael Lints, a partner at Golden Gate Ventures, said the exits had largely been tech companies buying other companies to extend their market position, but he expected to see a shift to purchases by corporate entities and private equity.

The allure is the region’s young and fast-growing tech start-up scene as well as an increasing number of experienced entrepreneurs, he said.

“The biggest surprise from the research was the number of global investors looking to deploy capital in south-east Asia despite the global economic slowdown,” he said. “The US has increased the most in terms of inquiries but Japan, Korea and pockets of Europe have shown interest.”

Warburg Pincus in June launched a new fund aimed at opportunities in China and south-east Asia while US private equity giant TPG last month hired a veteran dealmaker from KKR to cover the region. 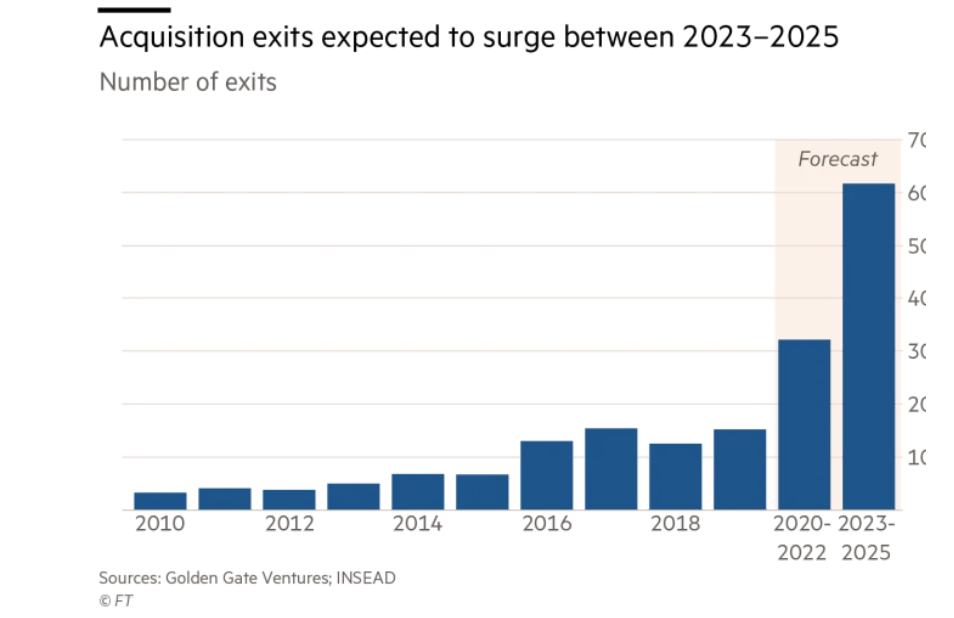 There is also growing corporate investment, such as Toyota’s $1bn bet on Singapore ride-hailing company Grab last year. “I am seeing more corporates that have so far not invested in tech are expressing an interest in being more entrepreneurial wanting to engage with these companies,” Ms. Zeisberger said.

But most exits remain small — largely below $100m — and largely involve very early-stage companies, said Aayush Jhunjhunwala, director of technology, media and telecom in the AsiaPacific region for Citi.

“Large-scale exits haven’t really happened in the sector because the entire tech industry in Southeast Asia is only about five years old,” he said. “Larger M&A deals and IPOs are what many late-stage investors are still waiting for.”

Mr Jhunjhunwala said he expected it to be another two to three years before some of the companies were large enough to see material exits.